When Bobby Doerr debuted in the big leagues for the Boston Red Sox on April 20, 1937, Franklin Roosevelt was the President of the United States – and the United States Treasury was a week away from distributing the first payment from the Social Security Trust Fund.

More than three quarters of a century later, Doerr is the last living player to have appeared in a big league game in the 1930s. And now, The Silent Captain of the Red Sox is the oldest living Hall of Famer in history.

“I remember in 1937, when I first went to Boston,” Doerr said. “(Manager Joe) Cronin took me through his office, back up on third base in the top of the stands, and said: ‘Bobby, this is where you’re going to be playing.’ I’ll never forget the sight of seeing Fenway Park for the first time.”

Doerr and Red Schoendienst are the two living Hall of Famers currently on the nonagenarian list. 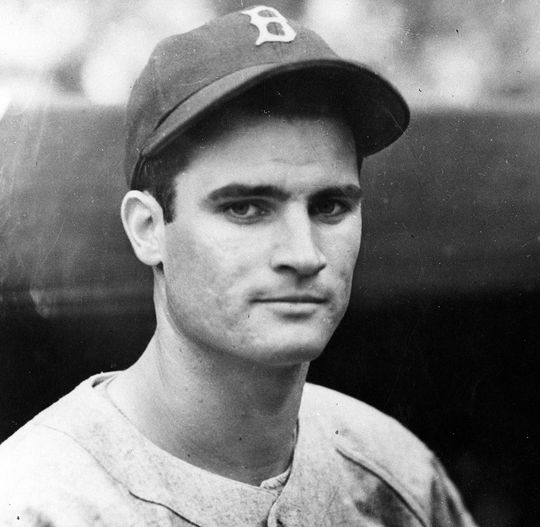 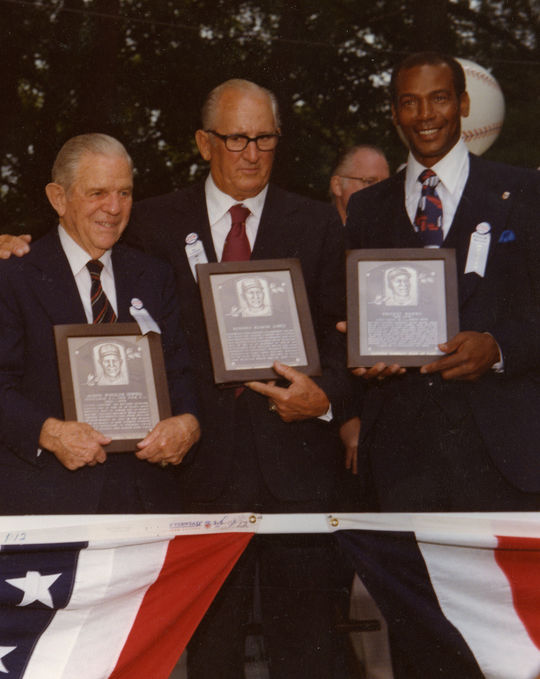 Al Lopez stands between Ernie Banks (right) and Joe Sewell at the 1977 Hall of Fame Induction Ceremony in Cooperstown. Lopez passed away on Oct. 30, 2005, living to be the oldest Hall of Famer at 97 years and 71 days before Bobby Doerr surpassed that mark on June 18, 2015. BL-1206-92 (National Baseball Hall of Fame Library) 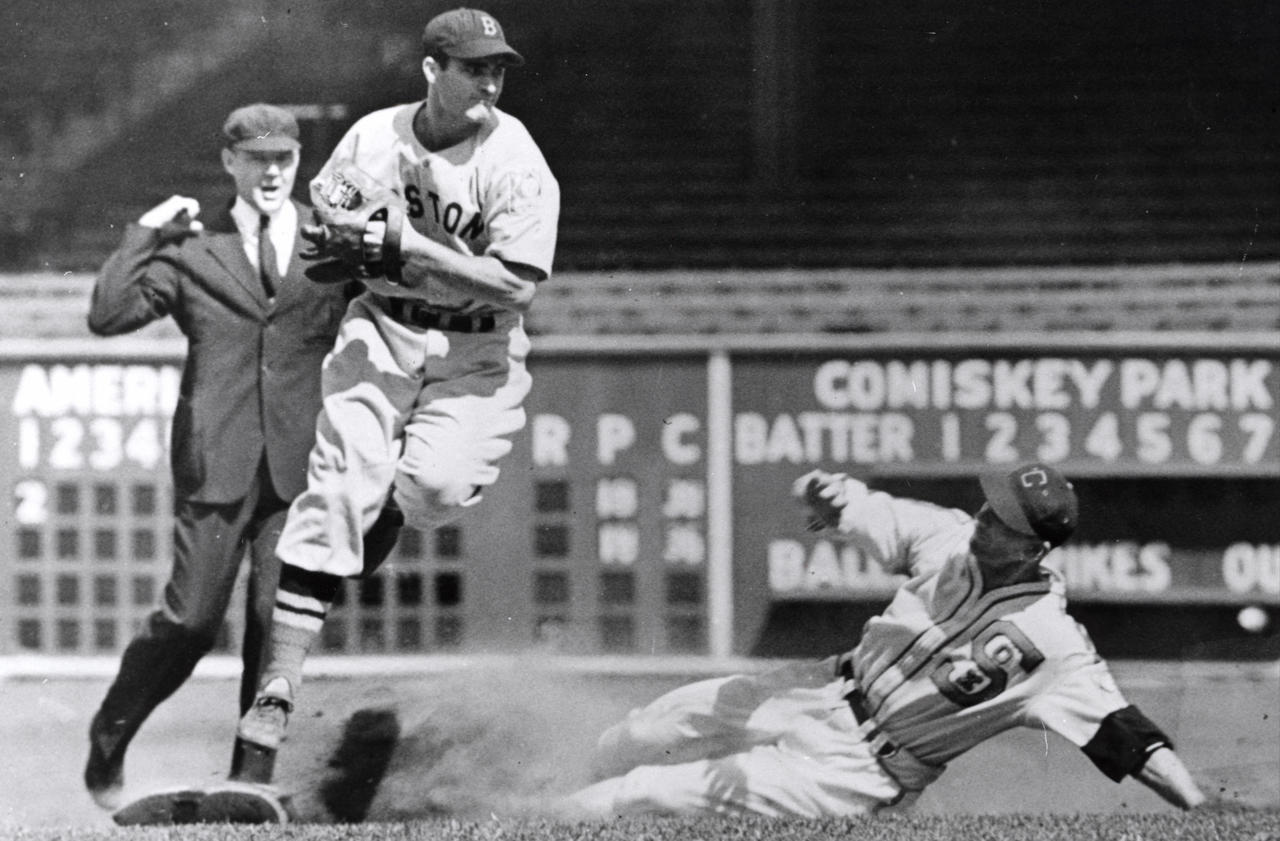 A Living Connection to the Past

Having debuted in the major leagues before the outbreak of World War II, Doerr’s long life in baseball has naturally been connected with Hall of Famers who ruled the first half of the game’s modern era. In fact, Doerr was first noticed by one of baseball’s early stars while playing for Hollywood of the Pacific Coast League.

“Eddie Collins came out to see me,” Doerr recalled in an interview with the Hall in 2012. “He went back to the owner of the club in San Diego and said the Red Sox would like to buy my contract. They said they wanted to see me play another year before they brought me to Boston, though.

“They shook hands on it, and the Red Sox had the first chance to buy my contract.” 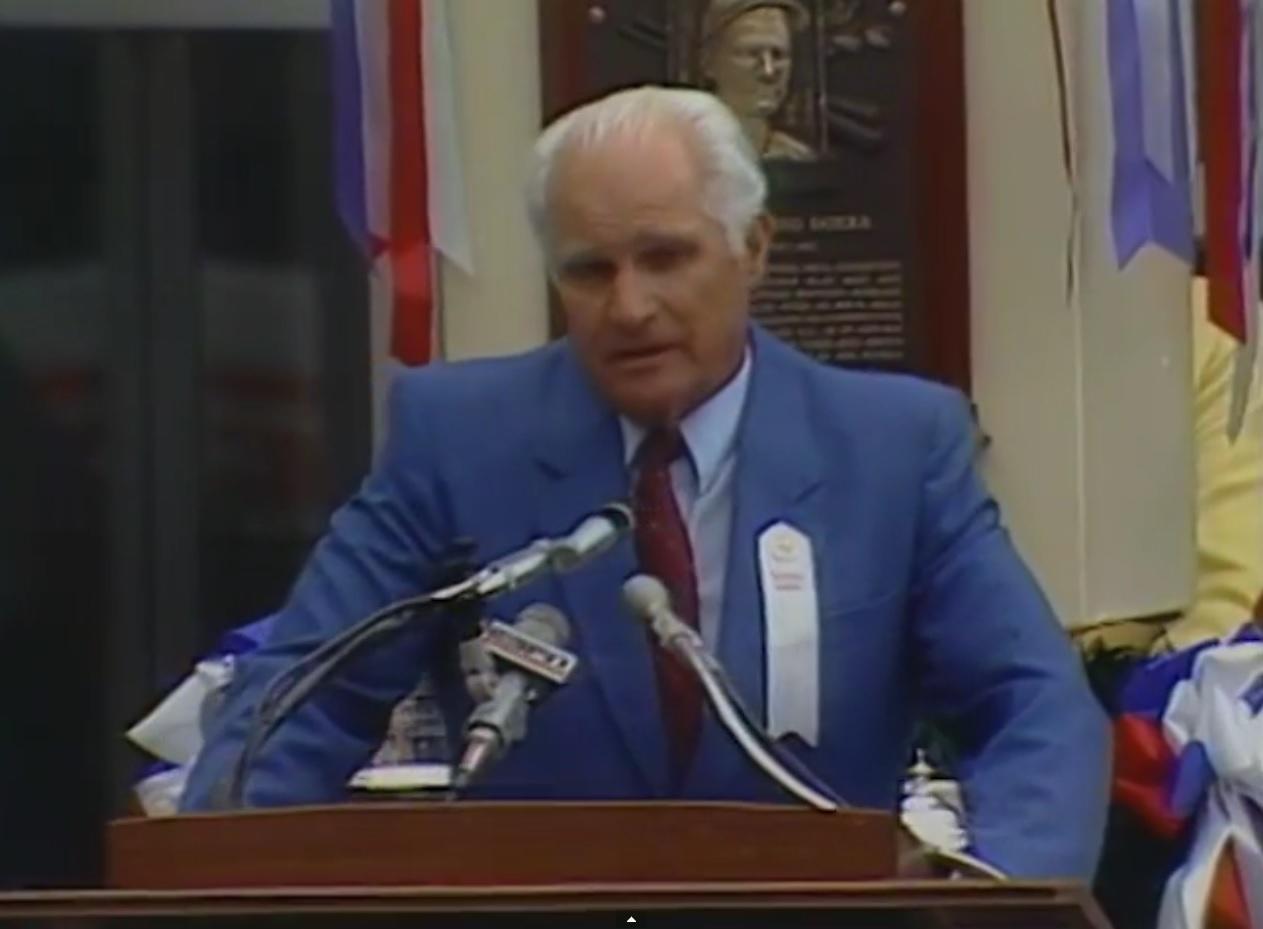 Doerr was Boston’s everyday second baseman by 1939, when a young kid named Ted Williams signed with the team. A friendship blossomed between Doerr and Williams that would remain strong throughout the two players’ lives.

“We became pretty close friends, because we were the same age,” Doerr recalled. “The San Diego teams we played on had a bunch of older players. So anytime there was a western movie on, why Ted would call me and say, ‘There’s a western movie on with Hoot Gibson,’ or a cowboy movie, so we’d end up going to the movie.

“Ted was always good with me,” he continued. “He was patient. And I always admired Ted as a human being.” 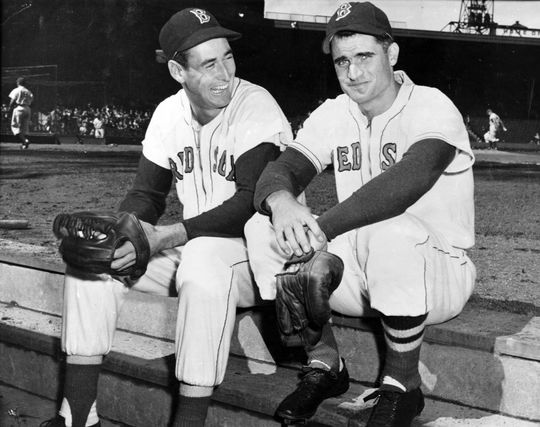 Doerr was also uniquely tied with Hall of Fame pitcher Bob Feller, of whom he broke up two separate no-hitters.

“In 1939, it was a cold, cold day, and Bob had so much stuff that day,” he recalled of the first instance. “He had more stuff that day than anytime I saw him. He had to be throwing close to 100 miles an hour. I broke my bat, and hit a little bloop over second base for a base hit to break up the no-hitter.”

“And then in 1946, I hit a line drive over the shortstop. He was tough. He had a big arm and pitched with emotion. The ball might get away from him, and it might end up behind you or what not. You didn’t go up there with a real rigid stance against him. You were a little loose at the plate when he pitched.”

Doerr, who was born April 7, 1918, remains one of the game’s best-ever offensive second basemen, totaling six seasons with at least 100 RBI and nine All-Star Game selections. He played his entire 14-year big league career with the Red Sox and was elected to the Hall of Fame in 1986.

“It’s great to think of all the players who have played the game,” Doerr said, “and to know that you are one of the few who is in the Hall of Fame.” 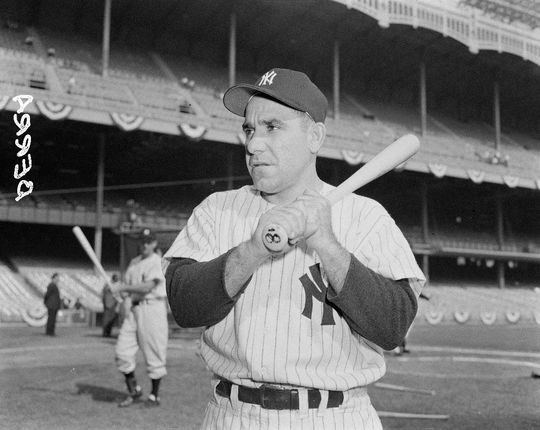 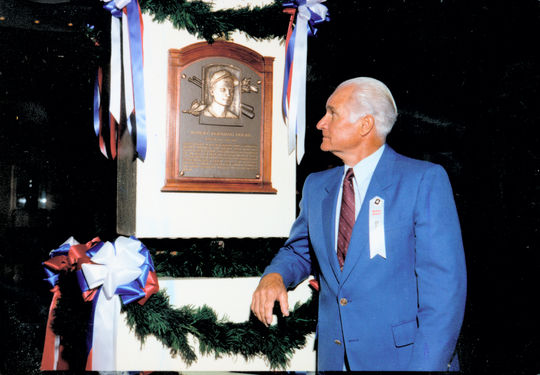