The home run trend continued in the 35th Hall of Fame Game as the Minnesota Twins and the Philadelphia Phillies hit three apiece in an 8-5 Twins victory on Aug. 8, 1977.

Minnesota struck first with a run in the top of the first inning off of Philadelphia starter Tug McGraw, but the Phillies bounced back in their half of the inning with back-to-back homers from Richie Hebner and Jerry Martin to take a 2-1 lead.

Philadelphia increased its lead to 3-1 in the bottom of the second when Bake McBride doubled, advanced to third on an errant pickoff attempt and scored on Dave Johnson’s sacrifice fly.

With one out in the top of the fourth, Minnesota's Luis Gómez singled and advanced to second on Craig Kusick’s single. Gómez scored when Bob Gorinski hit a ground rule double to narrow the Phillies’ lead to 3-2.

After Tim McCarver reached on an error in the top of the fifth, Ollie Brown homered to give Philadelphia a 5-2 lead. The Phillies continued to threaten in the inning when they loaded the bases with no one out, but Minnesota pitcher Jim Shellenback recorded two consecutive strikeouts, and catcher Bud Bulling picked off Terry Harmon at third to escape the inning without further damage.

Gorinski’s two hits and four RBI led the way for the Twins along with Gómez’s two hits and two runs scored. Gary Serum pitched the final three innings for Minnesota without allowing a hit.

The Phillies were led by McBride’s two hits and Brown’s two RBI. 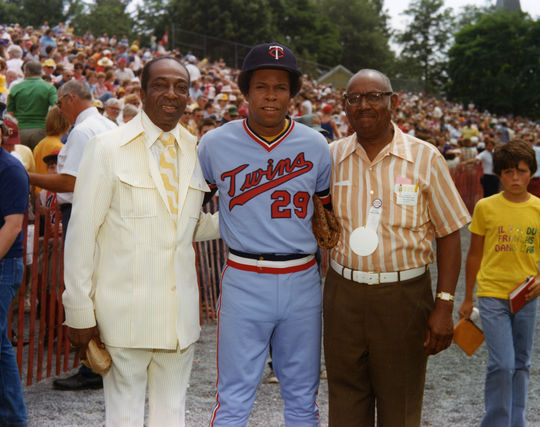 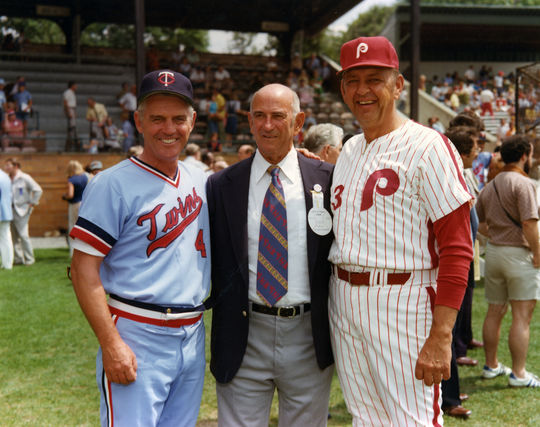 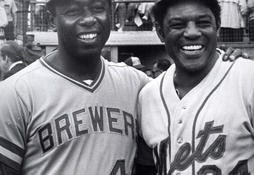 The 34th Hall of Fame Game featured the New York Mets and Milwaukee Brewers on Aug. 9, 1976.