Gaylord Perry has always taken joy in exceeding expectations, so it is hardly coincidental that his two Cy Young Award-winning seasons came right after he had been traded. But this shouldn’t come as a surprise – the well-traveled right-hander was never one to shy away from a challenge.

“That’s a part of the game you have to accept – trading – you just have to do the best you can,” Perry said.

“You have to let your new teammates know you want to win, and that’s the most important thing.” 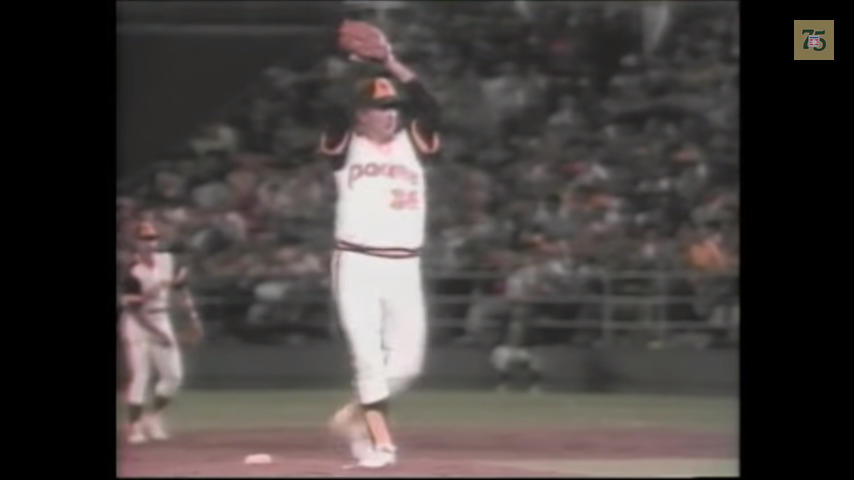 Perry made history in 1978 by becoming the first pitcher to win the Cy Young Award in both the National and the American League. He first received the honor in 1972 following his debut season with the Cleveland Indians, shortly after a 10-year stint with the San Francisco Giants. Forty-four years later, he admits that his first Cy Young Award meant more to him, because of that trade.

“The thing about the first Cy Young is that I signed with the San Francisco Giants first thing out of high school. I loved the Giants – I still love them – they’re my number one team. In 1970 and 1971 I had won a total of 40 games. I thought I had it made,” Perry remarked. “I felt more pressure playing for Cleveland, because we didn’t have as good of a team as San Francisco. We had five Hall of Famers on that Giants team – Cepeda, Mays, McCovey, Marichal and myself. The pressure in Cleveland was to show that I could win anywhere.” 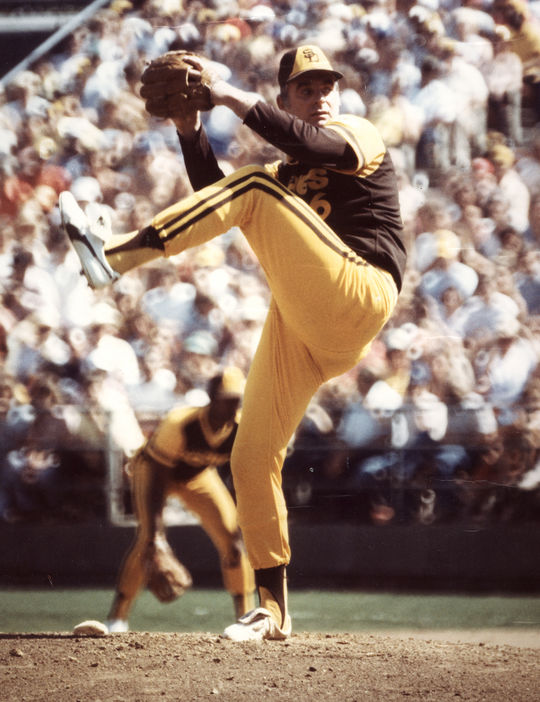 Gaylord Perry played with three other future Hall of Famers during his time on the San Diego Padres: Rollie Fingers, Ozzie Smith and Dave Winfield. (National Baseball Hall of Fame)

We had five Hall of Famers on that Giants team – Cepeda, Mays, McCovey, Marichal and myself. The pressure in Cleveland was to show that I could win anywhere.

It is safe to say that Perry showed that during his time in Cleveland. He went 24-16 in 1972, posting an ERA of 1.92 and tossing 29 complete games. Winning the Cy Young Award on top of all that was just the icing on the cake.

And he still remembers the day he won it.

“I was at my farm in North Carolina, when I got the phone call,” Perry said. “It was really rewarding, because when you get traded you think you’ve lost your value to the team that you love so much.”

In 1978, Perry was overcoming a different kind of challenge. Not only had he just been traded from the Texas Rangers to the San Diego Padres, but he was about to turn 40 and was starting to experience the wear and tear time exacts on an athlete.

“Before I won my second Cy Young I thought I was too old – I didn’t think the writers would vote for me,” Perry recalled. “But they voted on my performance, so I won it.”

Finding himself on the flipside of the 1972 trade, this time Perry wound up on a team with multiple Hall of Famers: The San Diego Padres. One in particular played a big role in what would be his 21-6 record that year.

“It was [Dave] Winfield, myself, Ozzie Smith and Rollie Fingers,” Perry remembers. “Rollie saved 16 games of mine, so we’ve been good friends ever since.”

“[The press] kept saying, “You’re too old to do this and that,’ but I think I showed them,” Perry told the Associated Press with delight. “I’m going to dedicate it to people 40 or over.” 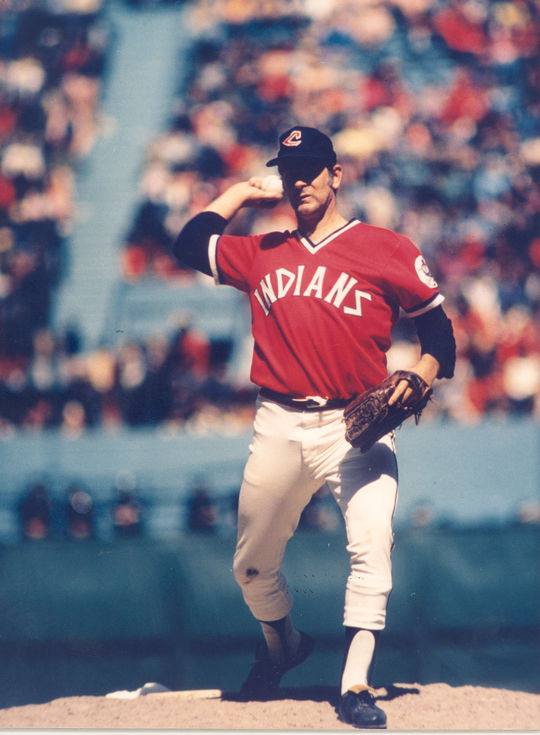 Gaylord Perry won his first Cy Young Award in 1972 following his debut season with the Cleveland Indians, shortly after a 10-year stint with the San Francisco Giants. (National Baseball Hall of Fame)