Part of the BASEBALL HISTORY series
Written by: Larry Tye

Negro Leaguers were pros at using charm and humor to deflect tension on and off the diamond. They had to be.

Half their life was spent playing in the backwaters of the racially-segregated baseball universe that prevailed in America during the first half of the 20th Century, where Black players wore home-stitched uniforms, played on fields with makeshift fences, and earned enough for room and board but not to support their wife and kids back home. The other half they barnstormed the country and the continent, spending so much time dueling with second-rate white teams and dodging the minefields of Jim Crow that they had to laugh to keep from sobbing.

Sluggers like future Hall of Famer Josh Gibson learned to hit one-handed or on their knees. Hurlers like the incomparable Leroy “Satchel” Paige – another player destined for Cooperstown – took his warm-up throws sitting down, with his catcher stationed behind the plate in a rocking chair. Best of all was a riff called Shadow Ball, perfected by a traveling team Satchel later played for: The Indianapolis Clowns. The hitter swung so hard, fielders reacted so convincingly, and the runner tore down the line so fast that fans could hardly tell that it was pantomime. It was baseball so brilliant it could be played without the ball.

Another way Negro players coped with their wayfaring life in racist surroundings was to dream up their own lexicon – born from necessity, nurtured by humor. Most outsiders never knew because players never used it with them, and even if they overheard they would not have understood. Which was the point. It let players talk about fans, foes and anything else without worrying about being overheard, the way immigrant parents used Yiddish, Polish or Italian to keep things from their English-speaking children. For the baseball men, their language was about more than secrecy. It fostered intimacy. It was a shorthand for making their world make sense. 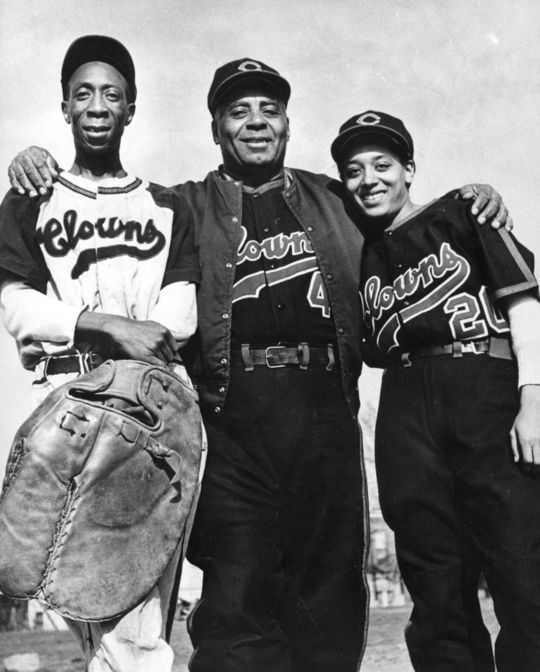 "My be ball is a be ball ’cause it ‘be’ right were I want it, high and inside. It wiggles like a worm."

So walking the bases drunk became another way of saying loading them up with runners. Barnstorming with a Black team meant scuffling, because the battle was constant. Young pitchers who were sacrificed in games that were beyond reach or did not matter were, for reasons no one could explain, called sockamayocks. Count on a 100-proof guy. Beware of nasty types or anyone slick enough to have oil on his bottom; both were as unwelcome as an undertaker at a marriage breakfast.

If giving words new meaning gave the guys a sense of belonging, being baptized with a nickname showed you had really arrived. Some epithets were bestowed by the press, like when Damon Runyon dubbed Ted Radcliffe “Double Duty” for his stellar play as pitcher and catcher. Sometimes it fit their looks, like when Norman Thomas Stearnes flapped his elbows like a “Turkey” as he ran. “Rube” Foster earned his in 1902 by vanquishing the great white strikeout ace “Rube” Waddell. Willie Mays traded in “Buck” for the “Say Hey Kid” when he moved from Blackball to white.

No one was better than Satchel at inventing handles for players, white ones as well as Black. Dorrel Norman Elvert Herzog already had one, “Whitey,” but that did not stop Satchel from calling him “Wild Child.” It was natural for Satchel to brand fireballer Bob Feller “Bob Rapid,” less obvious why he chose “Old Homer Bean” for Dizzy Dean. Many of his new names were simple cases of not remembering the old ones – as in Tom Lemons for Cleveland Indians sinkerballer Bob Lemon, “Catch” for all of his receivers, and “Bo” for just about everybody. Pity the teammate Satchel pigeonholed as a “Hawgcutter,” another way of saying bonehead. All his nicknames had a common theme: They were a way for this bashful man to reach out to fellow ballplayers.

Satchel renamed his pitches, too. Call a fastball a fastball and no one paid attention. Fireball, bullet, and rocket were so hackneyed, even in mid-century, that they seemed flat. Whispy-dipsy-do was another matter. Satchel loved to riff on his releases: “I got bloopers, loopers and droopers. I got a jump ball, a be ball, a screw ball, a wobbly ball, a whipsy-dipsy-do, a hurry-up ball, a nothin’ ball and a bat dodger. My be ball is a be ball ’cause it ‘be’ right were I want it, high and inside. It wiggles like a worm. Some I throw with my knuckles, some with two fingers. My whipsy-dipsy-do is a special fork ball I throw underhand and sidearm that slithers and sinks. I keep my thumb off the ball and use three fingers. The middle finger sticks up high, like a bent fork.”

Fans loved it, so this bard of baseball gave them more. There was his Barber Pitch, which furnished batters who leaned in too close with a razor-like shave. The Bow-Tie snipped their Adam’s Apple. He stayed up all night dreaming up his Nightmare Pitch. His fastball came in several sizes: Long Tom was the hardest, Little Tom slightly softer. The Trouble Ball was so slow that hitters thought it might never arrive; the Wobbly Ball was how a knuckleball looked from home plate. The more reaction his names drew, the more creative he got, giving birth to the Four-day Rider, Slow Gin Fizz, Butterfly, Step-n-Pitch-It, Eephus, Thoughtful Stuff, Two-hump Blooper, Midnight Creeper, Submariner, Sidearmer, Alley-oops, Drop Ball, Single Curve, Double Curve, and Triple Curve.

Sportswriters had trouble keeping track of his labels. Catchers did not try. “I don’t know what they meant,” admitted Joe Greene, Satchel’s receiver for eight years with the Monarchs. Slow Robinson also caught him, and said, “He had a way of naming pitches because it made a good story. People loved it... But as far as separate signals for Long Tom and the rest, that was just Satchel talking. He loved to tell stories. To this day, I still don’t know which one Long Tom was.”

Much of that language, however, survives in today’s baseball vernacular. Paige and the other Negro Leagues legends understood that the game was entertainment, and laughter was a huge part of entertaining.

It was funny. But it was also a business. And that balance is what made Paige and his contemporaries masters at their craft.

“A lot of people might not understand how a man who talked and carried on the way Satchel did could be brilliant,” said Henry Aaron. “But coming from the same background, I understood him. Believe me, Satchel Paige had life figured out.”

Larry Tye, a former reporter at the Boston Globe, is the author of the Casey Award-winning biography, Satchel: The Life and Times of an American Legend. 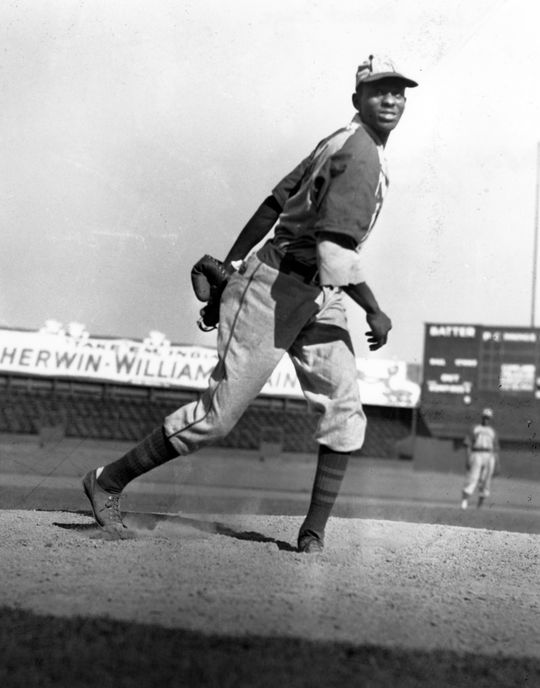 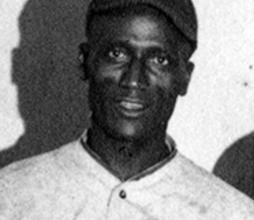