In the 53rd Hall of Fame Game, Milwaukee starter Everett Stull pitched six innings of one-hit baseball to earn Most Valuable Player honors and to lead the Brewers to a 6-2 victory over the Florida Marlins on Aug. 6, 2001.

Stull held the Marlins scoreless for the first six innings of the game, striking out three without walking a batter. He limited Florida to just one baserunner, Kevin Millar, who doubled in the second inning.

The Brewers struck first in the top of the second inning when Miguel Cabrera – a little less than two years from his big league debut – committed an error at shortstop, allowing a run to cross the plate. Cabrera, who would go on to win two American League MVP Awards and spent most of his career as a first baseman, played shortstop for the Class A Kane County Cougars in 2001 at the age of 18.

In the fourth and fifth innings, Milwaukee tacked on insurance runs to take a 4-0 lead. The Brewers’ second run came on a Mark Sweeney sacrifice fly, and their two runs in the fifth frame scored when Bob Pregnalato hit a two-run single. 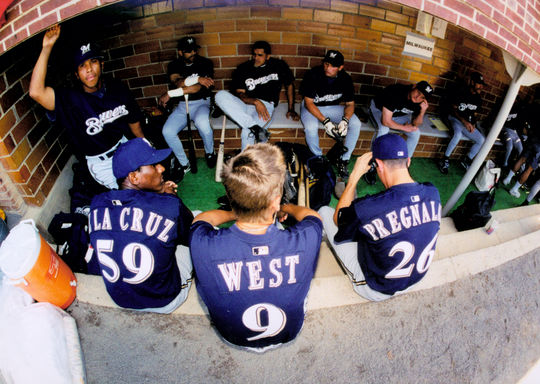 The Milwaukee Brewers, including Eric De La Cruz, Todd West and Bob Pregnalato, gather in the Doubleday Field dugout prior to the 2001 Hall of Fame Game. (Tom Ryder/National Baseball Hall of Fame and Museum)

Florida responded with a run in the bottom of the seventh inning when Cabrera scores on Adrian Gonzalez’s sacrifice fly. Cabrera also accounted for the Marlins’ other run when he hit a solo shot in the ninth.

Before Cabrera could score Florida’s second run, Milwaukee recorded the first two homers of the game on back-to-back blasts from Eliezer Alfonzo and James Mouton in the top of the ninth to secure its lead.

Complementing his stellar pitching outing, Stull was one of five Brewers to record multiple hits. Stull, Alfonzo, Pregnalato and Ronnie Belliard each had two hits and a run scored.

Cabrera was the only Marlins player with more than one hit. 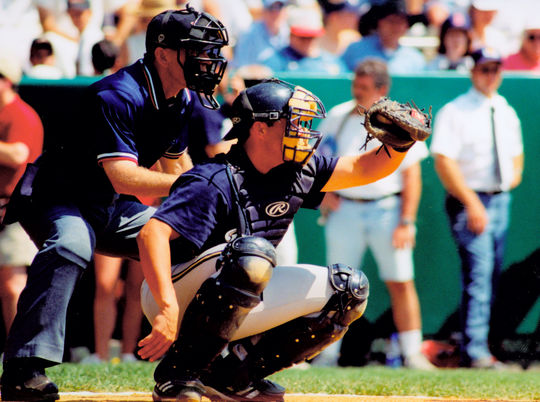 Brewers catcher Eliezer Alfonzo frames a pitch for the umpire during the 2001 Hall of Fame Game. (Tom Ryder/National Baseball Hall of Fame and Museum) 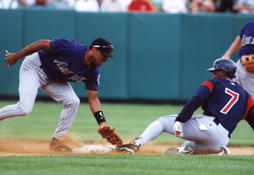 The Diamondbacks defeated the Indians 12-7 in the 2000 Hall of Fame Game. 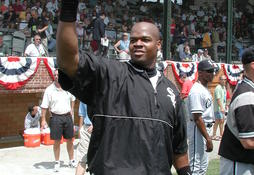 The Colorado Rockies met the Chicago White Sox in the 2002 Hall of Fame Game.