He spent six long years in the minor leagues, and once he got to the majors his fluttering knuckleball never lit up the radar gun.

But after 318 career victories over 24 big league seasons, Niekro was rewarded with the ultimate honor in Cooperstown.

On Jan. 6, 1997, Niekro was elected to the Hall of Fame on his fifth appearance on the Baseball Writers’ Association of America ballot. Niekro received 80.3 percent of the BBWAA vote and was inducted that summer with Veterans Committee electees Nellie Fox, Tommy Lasorda and Willie Wells. 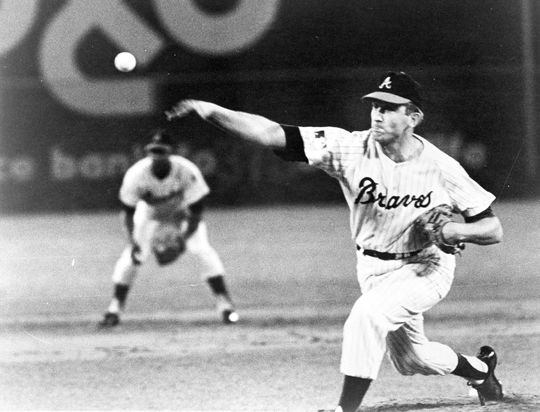 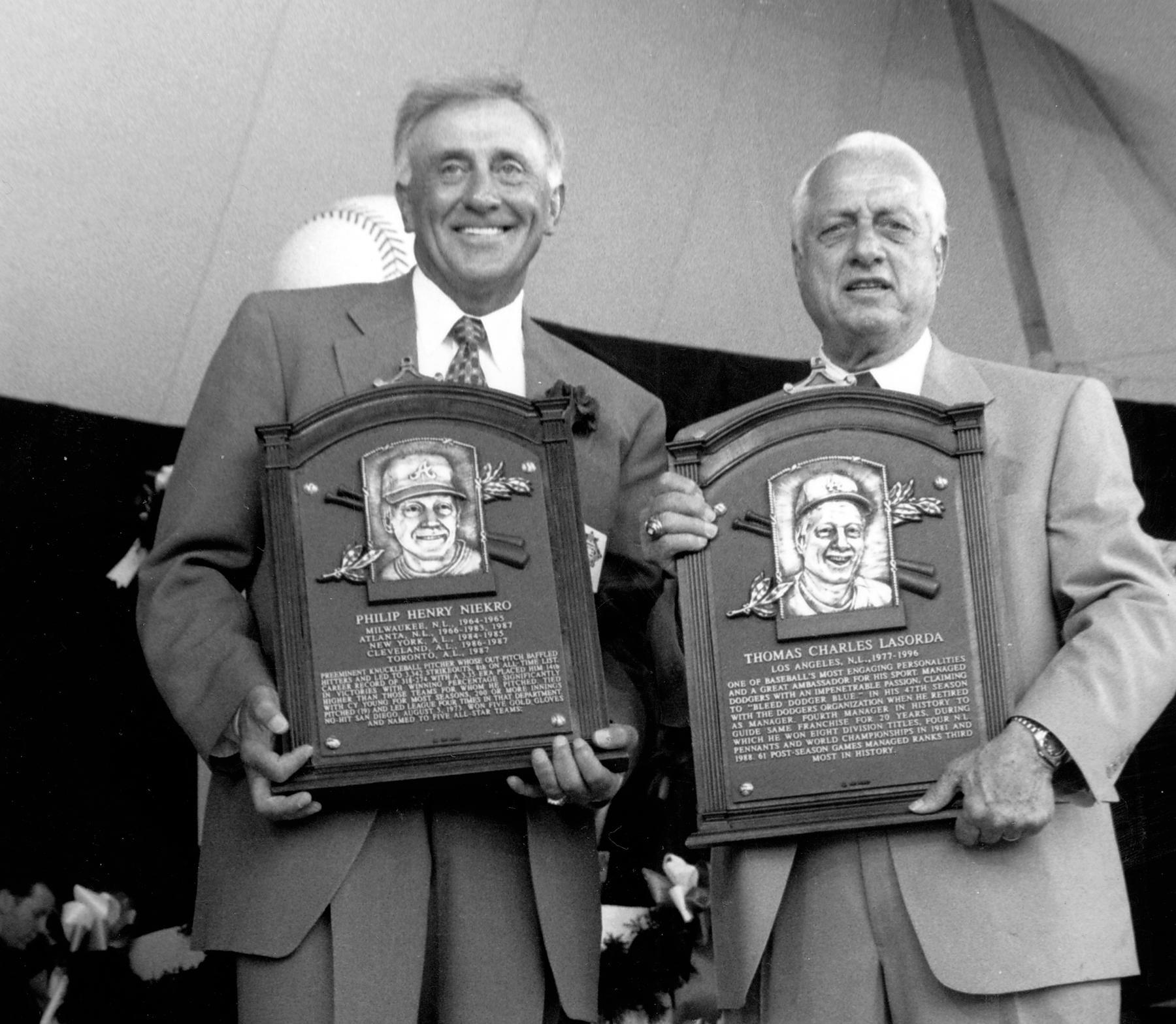 A detail view of Phil Niekro, left, and Tommy Lasorda holding their plaques on stage at the 1997 Hall of Fame Induction Ceremony. BL-17.99 (National Baseball Hall of Fame Library)

After beginning his big league career as a reliever – and winning the 1967 National League earned-run average title with a mark of 1.87 despite making only 20 starts – Niekro burst onto the national scene with a 23-13 mark in 1969, finishing second in the NL Cy Young Award voting behind Tom Seaver.

Over the next 11 seasons, Niekro averaged 16 wins and 287 innings pitched per season for a Braves team that finished better than .500 just three times. Niekro pitched until he was 48 years old, baffling hitters with his dancing knuckler. 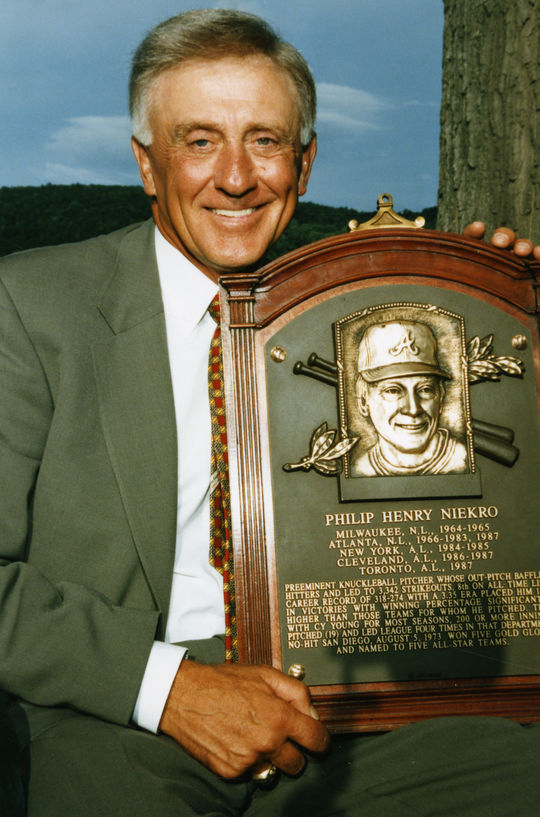 Phil Niekro posing with his plaque during the 1997 Hall of Fame Weekend. (National Baseball Hall of Fame Library)