"Beneath the apparently tranquil surface of baseball there is a growing feeling of resentment among Negro major leaguers who still experience embarrassment, humiliation, and even indignities during spring training in the south. The Negro player who is accepted as a first class citizen in the regular season is tired of being a second class citizen in spring training."

More than a decade after Jackie Robinson made his Dodgers debut, life at baseball spring training camps in Florida still adhered to southern Jim Crow segregation. In cooperation with the NAACP, Wendell Smith, Chicago's American, and a few black newspapers officially launched a campaign in January 1961 to end spring training segregation. Black players had protested their treatment in Florida for years, but teams deferred to local custom and were slow to change. Only the Dodgers offered fully integrated Florida spring training by 1960.

During the Chicago's American campaign, Smith highlighted the voices of black baseball stars of the past and present, most notably Hank Aaron, Larry Doby, Elston Howard, Ernie Banks, and Minnie Minoso. The campaign met its first major success in March 1961 when then White Sox owner Bill Veeck cancelled hotel reservations once he discovered the hotel would not house black players. By the end of June, the Players’ Association endorsed the campaign. Despite the pressure, the governor of Florida refused to intervene and maintained that he had no legal authority to force private hotels to accept black guests.

Hard copies of Wendell Smith's newspaper articles on this topic can be found in the Hall of Fame's archive in Cooperstown, NY. 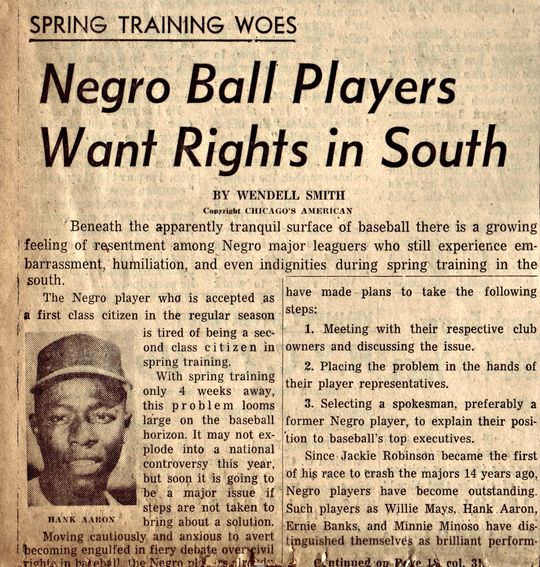 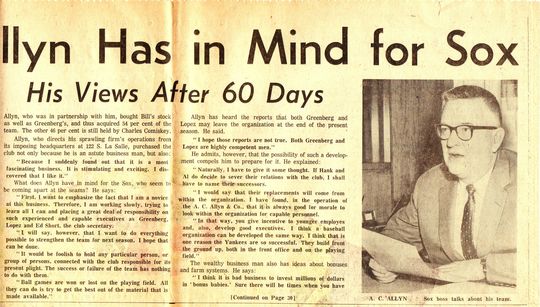