"[Roy] Partlow, it appears, needs to sit down and think about the significance of his position. He needs to think about those 14 million Negroes from coast to coast who are pulling for him to make good in white organized baseball. He should think more about them, and less about himself!"

"If you were Satchel Paige, would you represent your people admirably or would you remain Satchel Paige? [Paige] should not be allowed to jeopardize men like Larry Doby, Jackie Robinson, and Roy Campanella, all of whom have acquitted themselves as gentlemen on and off the field."

Friends and colleagues described Wendell Smith as a reserved, soft-spoken man. As a newspaper journalist however, Smith was a forceful critic of baseball and its larger social significance. Smith was most critical of white sports figures for relying on racial stereotypes to exclude black ballplayers, best evidenced by his consistent opposition to Commissioner Landis. But Smith also did not hesitate to chastise African-Americans and Negro leagues sports figures when he thought the situation demanded it. Public acceptance of black players depended upon a carefully maintained image, and Smith was quick to comment when black players behaved unprofessionally, both on and off the field. A large number of prominent sports figures received newspaper lashings from Smith, with the most prominent in this collection being Satchel Paige, Jackie Robinson, Eddie Gottlieb, Roy Partlow, and Rogers Hornsby.

Hard copies of Wendell Smith's newspaper articles can be found in the Hall of Fame's archive in Cooperstown, NY. 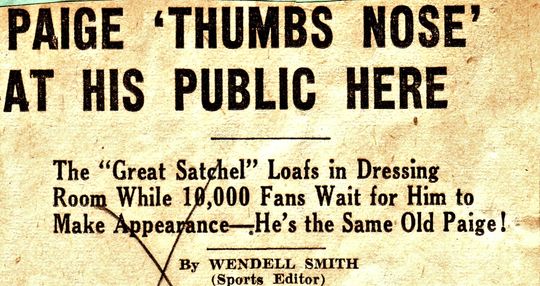 Headline from Wendell Smith article in the Pittsburgh Courier, June 26, 1943 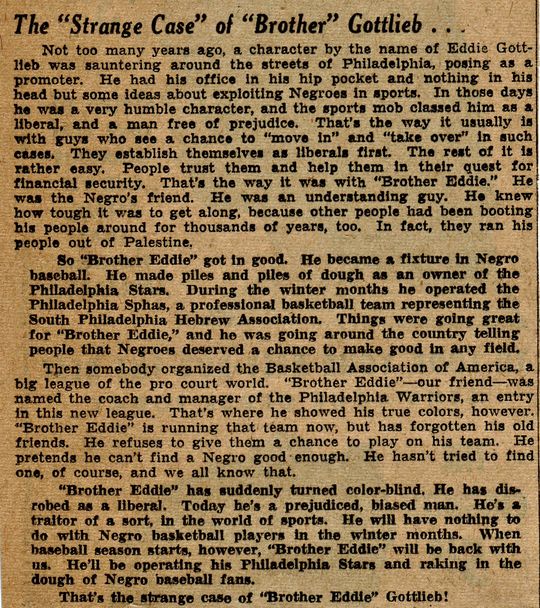 Excerpt from Wendell Smith article in the Pittsburgh Courier, February 8, 1947 Link to more on Eddie Gottlieb 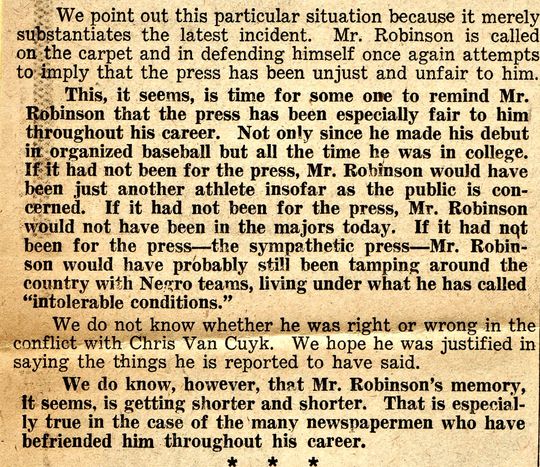 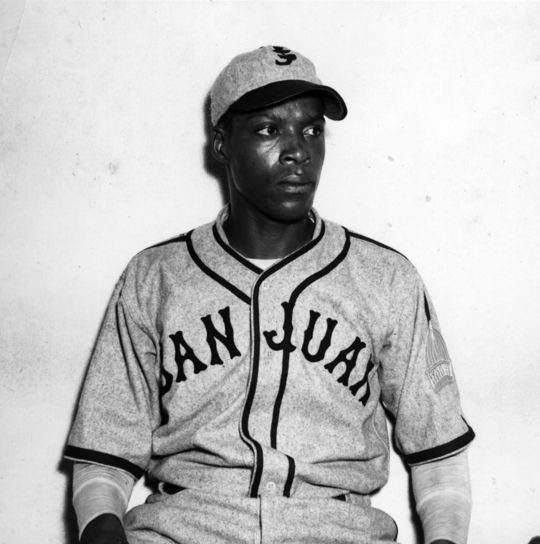