"It is, of course, interesting to note that you still have a very deep interest in following up on the history-making initiative which you undertook last fall. I am most happy to feel that you are relying on my newspaper and me, personally, for cooperation in trying to accomplish this great move for practical Democracy in the most amiable and diplomatic manner possible."

Sportswriters' initial failure to convince major league clubs to sign an African-American ballplayer led to a working relationship between Wendell Smith and Brooklyn General Manager Branch Rickey. Before they met in person, Smith wrote a few articles critical of Rickey, who was then with the St. Louis Cardinals. Once the two met in person, Smith became convinced that Rickey genuinely wanted to desegregate baseball, producing an alliance that crossed skin color and professions. By fall of 1945, Smith believed Rickey was the only unquestionable ally black society had in a position of power within professional baseball. Smith and Rickey gained another potential ally when Happy Chandler stepped in as Commissioner to replace the recently deceased Kenesaw Landis.

Sensing an opportunity to test the new Commissioner’s position on the color line, Smith and Rickey began the search for black baseball prospects. Smith offered names of black ballplayers to Rickey, and Jackie Robinson became the player they discussed most often. Jackie was not the best Negro leagues player at the time, but he was the player Smith believed would be the most likely to succeed at the monumental task of baseball desegregation. Following up on Smith’s suggestion, Rickey had Robinson scouted and interviewed him personally. Satisfied by the results, Rickey signed Jackie to a contract after the 1945 season ended, announcing his assignment to the minor league Montreal Royals on October 23. To ease Jackie’s transition, Rickey hired Smith to travel with Robinson throughout the 1946 season. Smith’s first tasks were to secure housing and help Jackie navigate the injustices of Jim Crow Florida during spring training. Throughout the rest of Rickey’s tenure with the Dodgers, Smith effectively served as a Dodgers public relations agent. He praised Rickey often, even in 1951 after his official employment with the Dodgers when he called for Rickey to run for MLB commissioner. 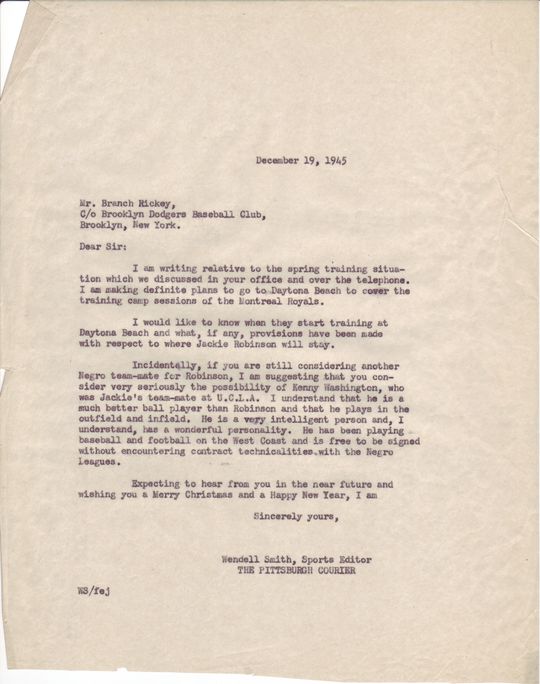 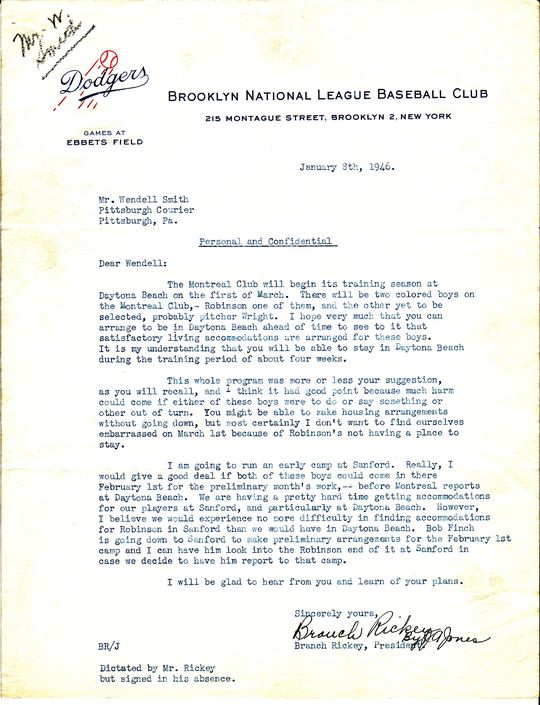 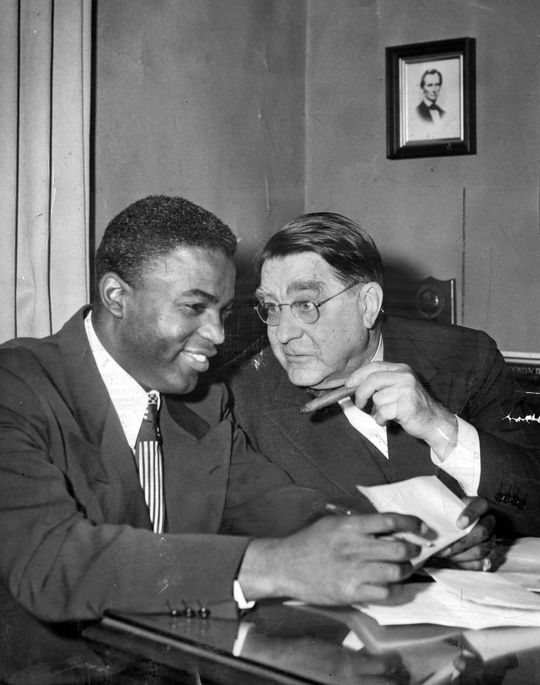