Cumberland Posey, the principal owner of the Homestead Grays, spent 35 years (1911-1946) in baseball as a player, manager, owner and club official. He built the Grays into a perennially powerful and profitable team, one of the best in the East.

After starring in basketball in college, Posey began playing baseball for the semi-pro Grays in 1911. He soon ended his playing career to become field and business manager of the Pittsburgh-based team.

He took control of the Grays in 1920 and turned them into a highly successful regional enterprise as an independent team.The Grays’ strong identity in Pennsylvania and surrounding states enabled them to survive the depths of the Great Depression in the 1930s.

Posey, an aggressive talent seeker with the Grays, at one time or another had several players who eventually were elected to the Hall of Fame on the Grays' roster. He often enticed the best players on other clubs to join his team and later lost many of his stars to another Steel City juggernaut: The well-financed Pittsburgh Crawfords. The Grays rebounded and became a member of the second Negro National League in 1935, soon dominating the circuit.

Posey attempted to start the East-West League in 1932 during the Depression, but it did not last the season. He later became an officer of the Negro National League and was a major force at its meetings throughout the rest of his career. He also was a frequent critic of the league, both before and after joining it, in his regular sports columns for the Pittsburgh Courier, a leading African-American newspaper.

Courier sportswriter Wendell Smith once wrote of Posey: “Some may say he crushed the weak as well as the strong on the way to the top of the ladder. But no matter what his critics say, they cannot deny that he was the smartest man in Negro baseball and certainly the most successful.” 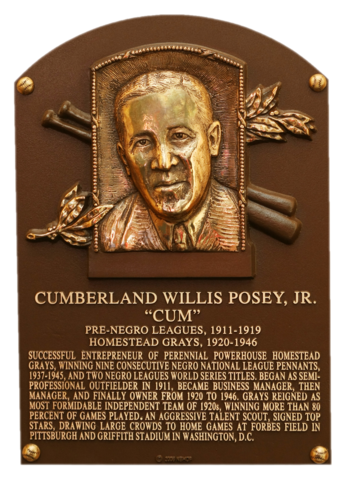 "No matter what his critics say, they cannot deny that he was the smartest man in Negro baseball and certainly the most successful. "
Sportswriter Wendell Smith 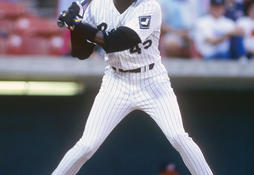 Learn how the Negro Leagues statistics were gathered.

For decades, the history of the Negro Leagues was written in African-American newspapers.
Explore more Inductees