In so many ways, baseball is one of the few sports where physical size is not an automatic benefit or detriment. In basketball, height is a tangible that leads to success. In football, size is often viewed as a virtue. But in baseball, greatness comes in all sizes and packages.

With this in mind, perhaps no Hall of Famer is larger in stature than Pittsburgh Pirates owner Barney Dreyfuss.

Dreyfuss was brought into the game in a rather simple fashion: At the suggestion of his doctor. Born in 1865 in Freiburg, Grand Duchy of Baden, before the country was known as Germany, Dreyfuss started on a very different path as a young employee of a bank in the city. At age 19, he was beckoned to Paducah, Ky., by relatives Isaac and Bernard Bernheim, who operated a brewery. Dreyfuss worked tirelessly as an accountant and soon became a partner in the firm.

His physician felt he lacked exercise, so Dreyfuss took up the game of baseball. While he dabbled with playing second base, two things happened that set him on a grand course. First, he fell in love with the game. Second, he realized that maybe his true calling was not with a bat and glove, but with a clipboard.

Dreyfuss helped organize semi-pro teams in Paducah, using a large number of players from his own brewery. In 1888, the Bernheim brothers expanded and moved their operations to Louisville. In 1890, after only two years, Dreyfuss, along with other brewers in Louisville, became part owners of the Louisville Colonels of the American Association, a major league rival of the National League. The Colonels joined the NL in 1892, as Dreyfuss continued to learn about the management of the team as part owner. After the 1899 season, it was clear the NL did not intend to continue with 12 teams.

The American League was formed in 1901 and began to raid the rosters of the established NL franchises. Thinking that the prospects for his Louisville franchise were not great, he negotiated a deal to sell his ownership rights to the Colonels and purchase a half interest in the Pirates. When the decision was made to remove Louisville from the NL (along with Washington, Cleveland and Baltimore), he executed his plan and became part owner of the Pirates. But before he was done, he orchestrated a trade on Dec. 7, 1899, that moved the best players from Louisville to Pittsburgh.

The trade set Pittsburgh up to be one of the best franchises during the first decade of the 20th century and included player-manager Fred Clarke‚ Tommy Leach‚ Rube Waddell and one of the game’s greatest players, Honus Wagner. The Pirates would win N.L. pennants in 1901, 1902 and 1903.

During this early success for the Pirates, baseball was going through a tumultuous time. Teams in both leagues were competing fervently, not only for bragging rights as to the superior league, but also for the best players. In Pittsburgh, Dreyfuss thwarted an attempt by his partner, William Kerr, to buy him out of the club.

At the end of the 1902 season, Dreyfuss and other owners created the National Agreement, the structure putting an end to this war between the leagues. While this led to all major league teams honoring player contracts and relative peace between the leagues, there was not a means of crowning a single champion at the end of the season. In 1903, as the Pirates and Boston Americans of the AL worked toward their respective pennants, sportswriters started asking for a way to determine the true champion of baseball.

Dreyfuss fully understood that by winning a championship against a team from the AL, he would be able to showcase the superiority of his league. He contacted Boston owner Henry Killilea, and they worked out provisions for the first World Series. The best-of-nine series would be played after the season, with Dreyfuss fully expecting his team to win. However, injuries weakened his team and the upstart Americans won the first Fall Classic.

While it was not played in 1904, the Series, based in large part on Dreyfuss’ ideas, resumed in 1905 has become one of sport’s greatest traditions. Dreyfuss would watch his Pirates win two World Series championships, in 1909 over the Detroit Tigers and 1925 over the Washington Senators.

While the fortunes of the Pirates on the field varied, Dreyfuss provided, for the team and for baseball, a steadfast voice of reason and fairness. In the wake of the Black Sox scandal, when baseball needed a strong and authoritative voice to protect its integrity, it was Dreyfuss who pushed for the creation of the office of Commissioner.

In perhaps the move that is most symbolic of the respect that he garnered from other owners, he was central in the scheduling discussion. While it can be viewed as one of the least interesting elements of the work, scheduling enabled teams to fairly distribute holidays and provide logical schedules, ensuring that travel was viable. Dreyfuss was front and center every year on the establishment of the schedule.

When Dreyfuss bought into the Pirates, they were playing at Exposition Park, a modest ballpark on the northern bank of the Allegheny River near the current PNC Park. Pittsburgh Post-Gazette Sports Editor Harvey Boyle described Exposition as “a flea-bitten park of humble size and general unimpressiveness on the Northside.” To make matters worse, on occasion, the right field corner, which was but yards from the river, would become a murky swamp, not lending itself to a high caliber of performance for the team. Change occurred in 1909, when Dreyfuss single-handedly changed the Pirates' home.

On June 30, 1909, after only six months of construction, the Pirates opened Forbes Field in the Oakland neighborhood of Pittsburgh. Built in the shadows of the Carnegie Library and Schenley Park, Forbes Field revolutionized the way people saw baseball in the city. The concrete and steel ballpark was the first of a new wave of parks featuring a double-deck. While no one could argue with its beauty, many thought that Dreyfuss was risking too much to build it. Others in baseball saw the stadium as grander that it should be.

The location, about three miles from downtown in the elegant east end of Pittsburgh, was too far for most people to attend. Many felt that once the novelty was gone, people would not travel to the park. As John Kieran reflected in his column on the passing of Dreyfuss in 1932, the naysayers all lamented that Forbes Field was ‘too big for baseball.’ But they were business men, and Dreyfuss was a fan. As someone who sat in the stands for every game, Dreyfuss knew the experience that he wanted. He knew what would draw people to the ballpark. He knew what would get a fan to come back time and time again to watch baseball. And in almost every way, they did.

Through everything that Dreyfuss did in baseball, he was a fan first. He excelled at building a great stadium, creating the World Series, ensuring equity and fair treatments of the teams, and building a superior team on the field. In a 1908 feature article on Dreyfuss in Baseball Magazine, it was written:

“They know him as one of the ‘big’ men of baseball, as a leading club-owner in the grand old National League, as one of the best judges of a baseball player in the business, as almost a friend on the ‘dope’ of the game.”

The article added that he “…never misses a game played at Exposition Park, Pittsburgh, and he never fails to keep a detailed score of the contest.”

Dreyfuss adored the game and passed that same love along to his son, Sam, who was poised to take over the franchise. In 1930, Sam took over day-to-day operations of the club. Tragically, Sam died one year later from pneumonia. Heartbroken from the loss of his son, Dreyfuss returned ‘to the wars’ and once again led the team, but that would be short-lived. Dreyfuss died on Feb. 5, 1932, also of pneumonia.

Dreyfuss was elected to the Hall of Fame in 2008. 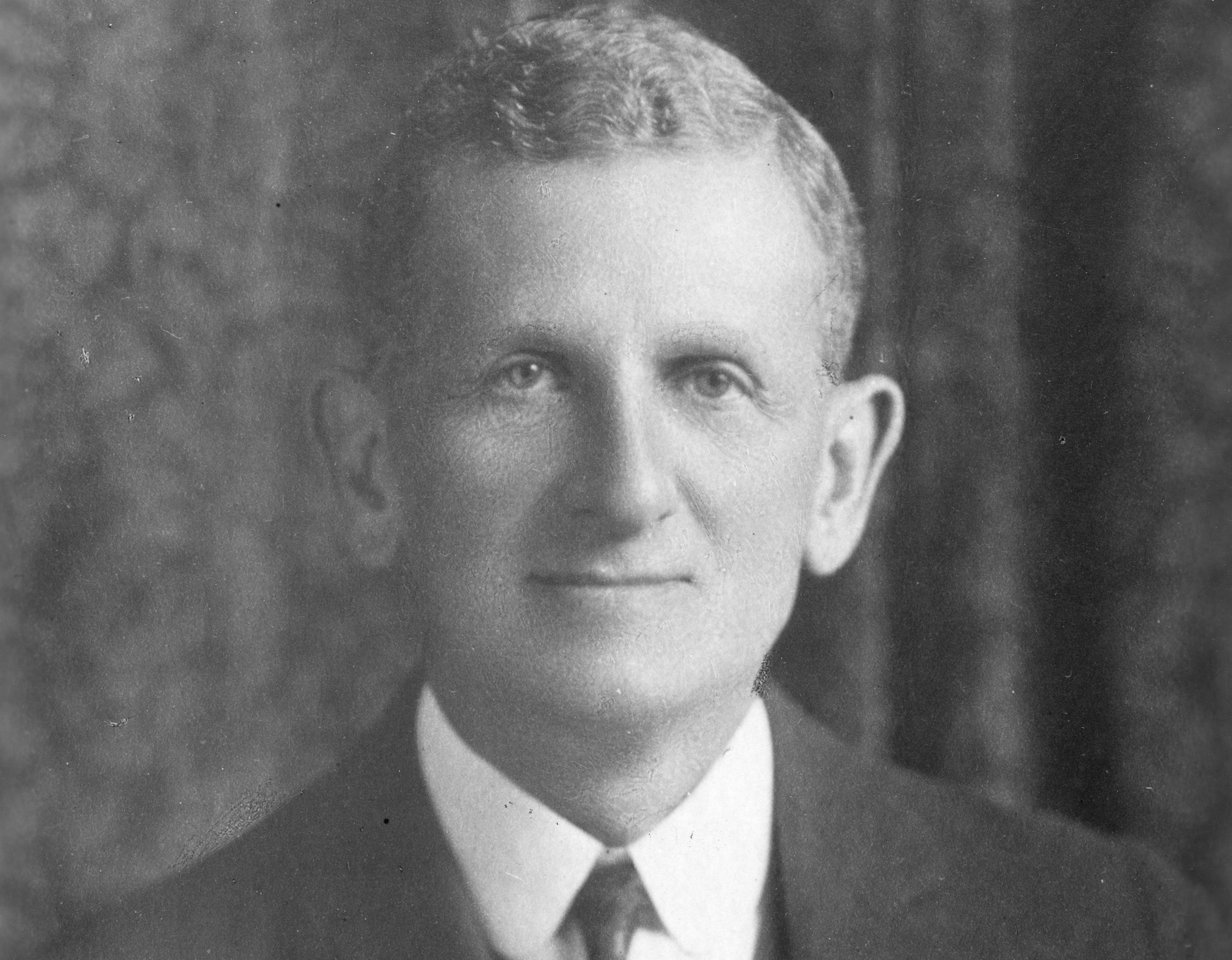